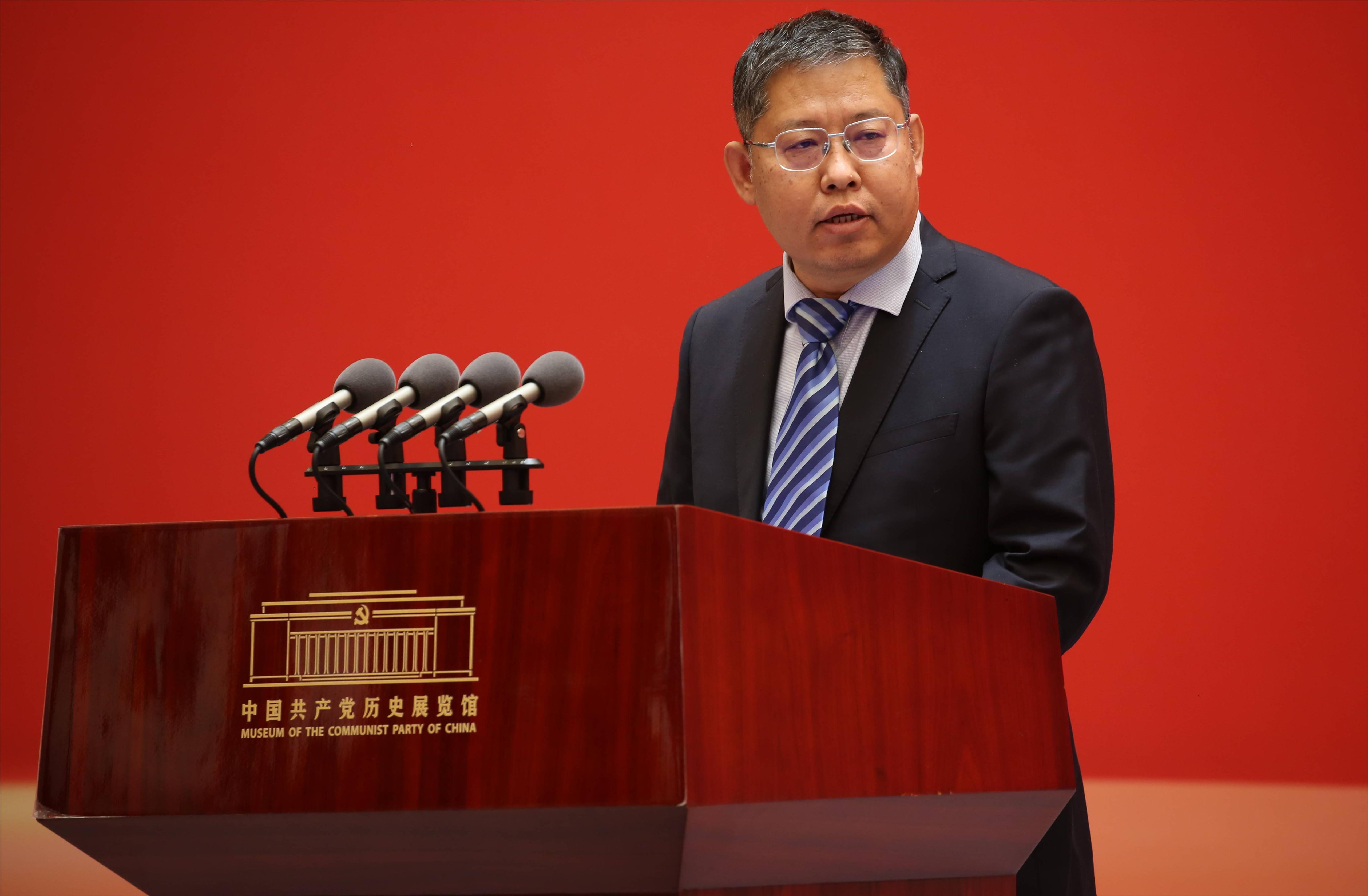 In the report to the 20th National Congress of the Communist Party of China, it is stated, "With a history stretching back to antiquity, China's fine traditional culture is extensive and profound; it is the crystallization of the wisdom of Chinese civilization. Our traditional culture espouses many important principles and concepts, including pursuing common good for all; regarding the people as the foundation of the state; governing by virtue; discarding the outdated in favor of the new; selecting officials on the basis of merit; promoting harmony between humanity and nature; ceaselessly pursuing self-improvement; embracing the world with virtue; acting in good faith and being friendly to others; and fostering neighborliness. These maxims, which have taken shape over centuries of work and life, reflect the Chinese people's way of viewing the universe, the world, society, and morality and are highly consistent with the values and propositions of scientific socialism." The report not only clarifies the path and direction for adapting Marxism to the Chinese context and the needs of our times, but also is of great significance for correctly understanding the status and better exerting the role of China's fine traditional culture.

The traditional Chinese culture developed under the triple influence of Confucianism, Buddhism, and Taoism. The formation and evolution of its essential thoughts and values underwent several historical periods, including the contention of“hundred schools of thought”dating back to the Spring and Autumn and Warring States periods (770-221BC), the prosperity of Confucian classics in the Han Dynasty (206BC-220AD), the popularity of metaphysics during the period of the Wei, Jin, Southern and Northern Dynasties (220-589), the coexistence of Confucianism, Buddhism, and Taoism in the Sui and Tang Dynasties (581-907), and the development of the Confucian school of idealist philosophy in the Song and Ming Dynasties (1279-1911).

The traditional Chinese culture embodies a wealth of philosophical ideas, humanistic concepts, edifying values, and moral principles. These include the ideal of great harmony believing that"when the path is just, the common good will reign over all under Heaven"; the tradition of pursuing great unity with all regions following similar customs and all people belonging to one family; the people-centered philosophy holding that the people have primacy over the ruler and the aim of governance is to ensure and improve the people's wellbeing; the idea of ensuring equality among all people in terms of social status and wealth and helping the poor with the wealth of the rich; the pursuit of justice and impartiality of the law; moral standards advocating filial piety, fraternity, loyalty to the country, good faith, propriety, righteousness, integrity, and a sense of shame; the reformist spirit as the old saying goes,"although Zhou was an ancient State, its mission was to make changes"; and the principle of promoting good neighborliness and advocating peace among all countries.

Since the 1840s, the Chinese people had been searching assiduously for ways to save the country and the people. During the process, progressives in China, who took the fate of the country as their own responsibility, made a solemn choice to uphold and disseminate Marxist truth. Their choice added vigor to China's fine traditional culture, which in turn provided cultural nourishment for adapting Marxism to the Chinese context and the needs of the times. One reason why Marxism is widely believed in China is because it shares common ground with fine traditional Chinese culture. In 1926, Guo Moruo published an article "Marx Enters a Confucian Temple." In virtue of a fictitious conversation between Marx and Confucius, the article unveils the fact that Marx's pursuit of an ideal society coincides with Confucius's advocating for a world of harmony, demonstrating the similarities between Marxism and Confucianism in some respects. To a certain extent, it also explains why Marxism has been widely spread in China and become the source of inner strength of Chinese communists.

The Communist Party of China has faithfully carried forward the best of China's traditional culture while actively advocating and developing China's advanced culture. During its endeavors over the past century, the CPC has kept deepening understanding of traditional Chinese culture, and its attitude toward traditional culture has gone through changes from“fierce criticism”upon its founding to“inheritance on a critical basis" during the new-democratic revolution period, from "transforming and utilizing" in the period of socialist revolution and construction to "carrying forward" over the period marked by reform, opening up, and socialist modernization, and then to the latest "creative transformation and development”in the new era of socialism with Chinese characteristics.

While adapting the basic tenets of Marxism to China's specific realities, the Party has explored, preserved, and promoted the essence of China's fine traditional culture by following principles such as retaining the essence and rejecting the dross, letting a hundred flowers bloom and a hundred schools of thought contend, and making the past serve the present and bringing forth the new from the old. These efforts have played an importance role in building up people's inner strength for realizing national rejuvenation, drawing on beneficial philosophies and thinking on national governance, satisfying people's ever growing non-material and cultural demands, and fostering a new generation capable of shouldering the mission of national rejuvenation. In particular, Chinese communists with Comrade Xi Jinping as their chief representative have brought up and championed the shared human values of peace, development, fairness, justice, democracy, and freedom by drawing thoughts and ideas from fine traditional Chinese culture, thus making great contributions to building a human community with a shared future.

At the 20th National Congress, General Secretary Xi Jinping pointed out, "At the fundamental level, we owe the success of our Party and socialism with Chinese characteristics to the fact that Marxism works, particularly when it is adapted to the Chinese context and the needs of our times.”

Excerpt from Liu Ronggang's Speech at "Hong Ting Forum: Understanding the 20th National Congress of the Communist Party of China".

Yang Mingwei: "What Are the New Ideas and New Initiatives of the Communist Party of China?"

From the very beginning of the history of the People's Republic of China, economic and social development was gradually promoted in accordance with one five-year plan and long-range objective after another.In the new period of reform and opening up, China further defined the grand goal of building a socialist modern country that is prosperous, strong, democratic and culturally advanced.The 20th National Congress of the CPC will take a macro view of the two-stage strategic plan to build a great modern socialist country in all respects, with a focus on the strategic tasks and major measures for the next five years.